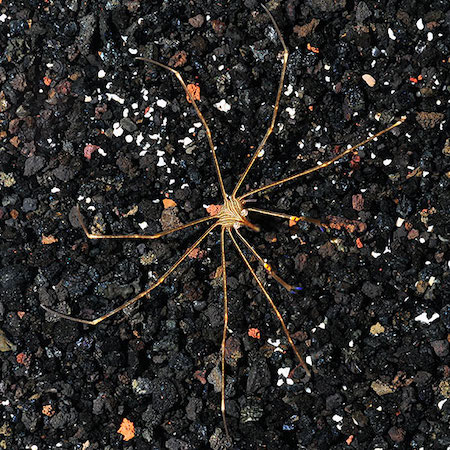 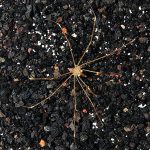 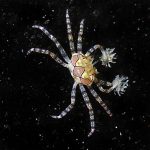 The Arrow Crab, also known as the Spider Crab, has extremely long legs. It is called the Arrow Crab because of the shape of the body and head. The size is variable, many reaching six inches, and some up to 10 inches. Females may be dramatically smaller. Different species inhabit different parts of the world. The most common Arrow Crab (Stenorhynchus seticornis) comes from the Caribbean, but other species are imported from the Indo-Pacific region, eastern Africa, and California. They normally inhabit portions of the reef usually associated with a small cave or crevice.

It is a hardy, long-lived invertebrate, that can be housed in the reef aquarium. This crab has been known to attack crustaceans such as Banded Coral Shrimp, and may even attack small slow moving fish. All crabs are opportunistic feeders and if insufficient food is present they may pick at mushrooms or polyps searching for food. Breeding Arrow Crabs in the aquarium is not generally successful. Larvae are free-swimming and hatch in about two weeks. It will accept almost all meaty, flake and tablet foods.

There are no reviews yet.

Only logged in customers who have purchased this product may leave a review.

FREE DELIVERY !Free delivery on all orders over £50

SAVE £££££Quality livestock at reasonable prices.

You've just added this product to the cart: